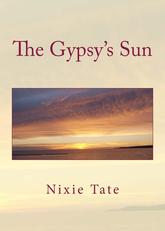 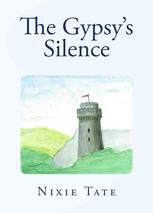 THE GYPSY'S SILENCE is the first book in the Gypsy Series and the setting for this historical romance is England in 1895.

Lady Anne Carlyle's father hires three agents to find her. The facts are few: she survived a shipwreck, abduction, and quite daring escape.

The agents find a young woman who is much different than what they expected from the description provided by her father. Her rescue becomes complicated when she joins forces to capture the men who held her for ransom.

And there is the matter of a gypsy's prophecy for the agent who becomes her welcome protector. But when they return to London, he walks out of her life forever. Or so she thinks.

THE GYPSY'S SUN is the second book in the Gypsy Series.

As a young soldier, Jeffrey Hale is stationed in a Lake District town. He meets two sisters by helping the younger girl, Emily, and her dog. He becomes Emily's friend and companion until he is ordered to leave town for a new assignment.

Years later, Jeffrey returns to the same town to settle his late uncle's estate. There he finds the sisters again, and they are all in much different circumstances. Jeffrey is still searching for his true love, a woman mysteriously described by a fortune-teller. Who is the woman? As the relationship deepens between Jeffrey and Emily, can they overcome the shadows from the gypsy's prediction?